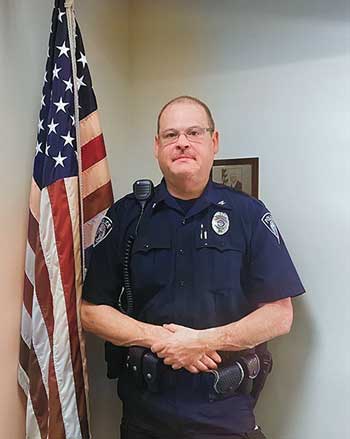 Chief Thomas (Tom) Hinerman comes to The Village of East Canton with over 20 years of experience in law enforcement. He grew up in Canton and is a 1986 alumnus of North Canton Hoover. He attended Traynor’s police academy to fulfill his dream of becoming a police officer, graduating in 1997. Before becoming the Village of East Canton Police Chief, he assumed various roles in other departments; those include patrol officer and sergeant.

Chief Hinerman places tremendous value upon public safety and upholding the law unbiasedly and fairly to the best of his ability. He also places enormous value on his community, understanding that the police can not do it alone. He has received numerous awards, medals, and certificates commemorating his ability to enact his sworn duty as a police officer.

Chief Hinerman strongly advocates breaking down the barriers between police officers and the citizens that they serve; by removing agendas and allowing opportunities for citizens to voice concerns and get to know the officers in their neighborhood. Ultimately, making the Village of East Canton a safer community for all our families. To contact Chief Hinerman with questions, contact him via email or phone or stop by the station.